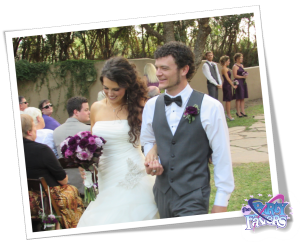 Here’s a list of bridal questions you can use to ask the audience. I give the questions to the BG in advance, and ask them to check off and answer the questions they consider to be appropriate.

As some are a little personal. And, to add any additional personal\family questions they like.

Did the groom have a girlfriend when they first met?

Did the bride have a boyfriend when they first met?

Did someone introduce the bride & groom to each other?

What was the first movie they saw together?

What was their first address, if they lived together before getting married?

Where did you first kiss?

What piece of furniture were you closest to when you first kissed?

What was the groom wearing when they first kissed?

What was the bride wearing when they first kissed?

What was the groom wearing for their first date?

What was the bride wearing for their first date?

Who wanted a long engagement?

Who wanted a short engagement?

What countries\states have the bride & groom visited together before

getting married?
Where are they going on their honey moon?

How long is their honeymoon going to be?

Who has a picture of the bride & groom (together), before they were married?

Who has a picture of the bride or groom, with an ex-boyfriend\ex-girlfriend?

Bride said No the first time the groom asked her for a date?

Bride said No the first time the groom asked her to marry him?

Bride asked the groom out first?

Groom had a mustache\beard when they first met?

Groom has never seen the bride in a bikini?

Groom asked the bride’s dad for permission to marry the bride?

Groom got down on one knee to propose?

Bride & groom shared a room on their first trip?

The bride said let’s go to Las Vegas (to get married) instead?

The groom said let’s go to Las Vegas (to get married) instead?